Microsoft Press released a free eBook you can already download, Introducing Microsoft Power BI, which I and Alberto Ferrari wrote in the last few months. Please note it is a very introductive book, don’t expect an inside-out. As we wrote in the introduction: 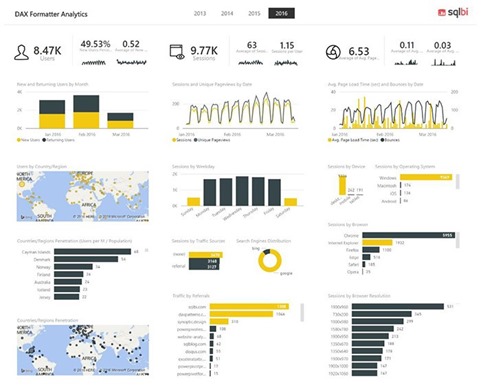 We wanted to write an introduction to Power BI that covers the basics of the tool and, at the same time, shows you what the main capabilities of Power BI are. […] At the beginning, we go for an easy introduction of the concepts along with an educational approach that lets you follow on your PC the same steps we show in the book. […] After the first chapters, we begin to run a bit faster, knowing that we are no longer guiding you step by step. […]

This book is targeted to a variety of readers. There are information workers and people who are totally new to the BI world. For those readers, the book acts as a simple introduction to the concepts that are the foundation of BI. Yet, another category of we wanted to target is that of IT professionals and database administrators who might need to drive the decisions of the company in adopting Power BI, because their users are asking for it. If this is you, this book acts as both a simple introduction to the basic concepts, to help you understand why users are so interested in Power BI, and as an overview of the capabilities and tools available in Power BI, so that you can make educated choices in adopting it.

As you see in the side picture, we included some real-world reports, and we have an entire chapter titled “Improving Power BI reports” where you will find a number of useful examples and guidelines. And, of course, they are included in the companion content, which is a separate download available here. We used some of the components available ok okviz.com, even if when we wrote the book such a web site was not ready, so we didn’t mention it in the book.

The goal of the book is to be introductive. So, what’s next? We are working on some new content for later this year, but in the last few months we also worked on a recorded version of our Mastering DAX course. So, if you cannot join us in one of the many classes we deliver around the world, you can now get a recorded version, which is complete with all the exercises. You will not have the same interaction that is possible in a classroom, but early adopters who also attended the live class told us that getting a recorded video as a revise tool. The structure and the flow is the same, and we tried to compensate the lack of interactivity with a physical presence on the screen.

You can watch a number of segments for free, and you can save 70 USD until July 5 getting access to the entire course.