We recently discussed an issue related to the Dictionary size reported by Bravo for Power BI that, in reality, references the behavior of VertiPaq Analyzer, which relies on data management views (DMV) provided by the underlying Analysis Services engine. Because the numbers reported are correct, even if they seem wrong, I wanted to write a short blog post describing why this happens and why it is not an error.

The issue reported is the following: the dictionary size for a calculated column is always at least 1MB, also for columns that have only one or two values in the dictionary. 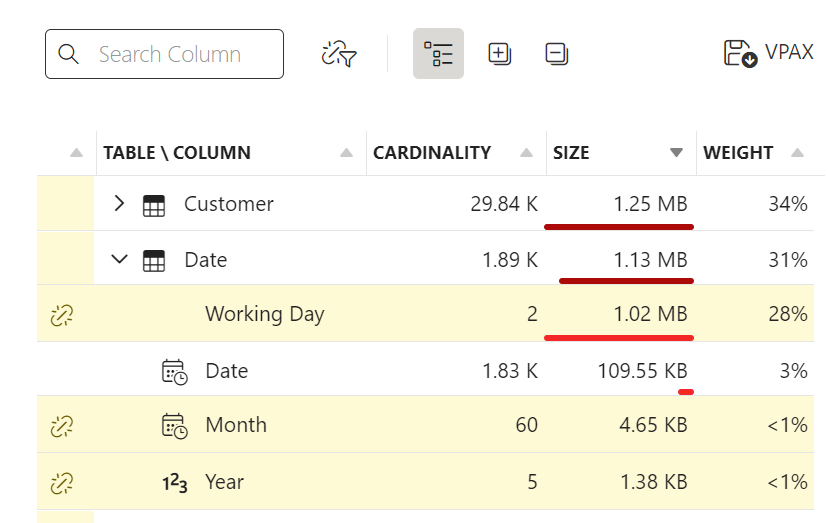 While it is true that the dictionary does not need 1MB of storage, 1MB of RAM has indeed been allocated to store the dictionary. Let’s go into more detail: