However, if you have dozens of measures in the same table, you might look for a better organization of the list of measures available in the data model.

In Multidimensional, you can organize the measure in folders, which can have a hierarchical structure. There are no semantic consequences for putting measures in folders. It is only a visualization technique, which does not alter in any way the underlying calculation.

In Tabular, the standard user interface provided by Visual Studio does not offer a way to manipulate such a setting. Nevertheless, you can define the folder in XMLA code. The good news is that BIDS Helper has a feature that enables manipulation of the DisplayFolder setting. 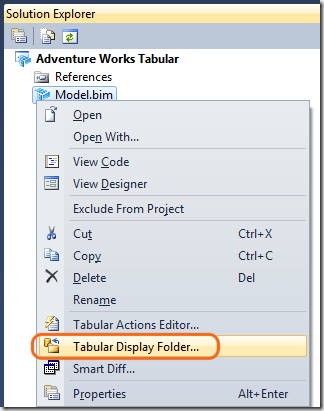 If you want to create a folder hierarchy, you can use the backslash character in order to separate level names of the hierarchy. 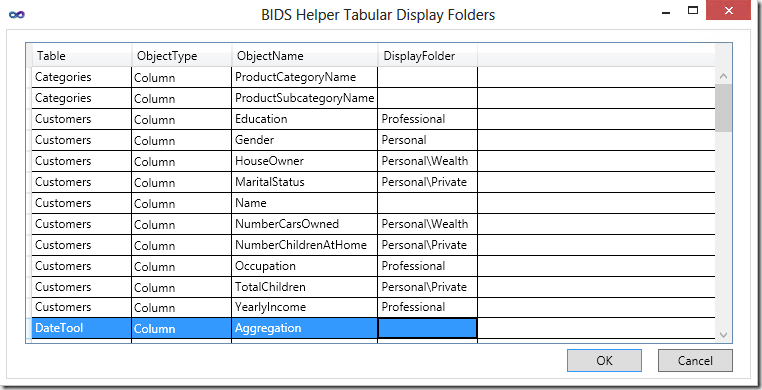 The final result in Excel is a hierarchical display of attributes in a dimension (like the Customer dimension in the following example). 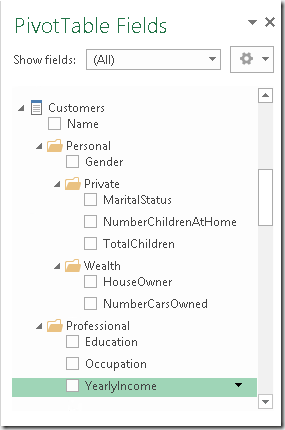 You will find more information about defining folder settings for a measure on Tabular Display Folder page in BIDS Helper documentation.